Bermuda’s new One Bermuda Alliance Government and its political neophyte leader Craig Cannonier are facing their most serious credibility crisis to date over handling of a casino developer’s interest in a country where casino gambling is not legal.

Cannonier, who assumed the Bermuda Premiership when his party won the Government in December 2012, has rejected allegations of wrongdoing in a saga with as much drama as a best-selling political novel. The story involves Nathan Landow, a Maryland-based casino developer with reported links to organized crime, a political flip flop on a promised referendum on the legalization of casino gaming and the country’s desperate need to attract external investment and revive its ailing tourism industry.

On March 20, 2013, Cannonier, Mark Pettingill, the country’s Attorney General and Tourism Minister Shawn Crockwell, boarded Landow’s eight-seat Gulfstream 200 and headed to Washington, DC to meet with the developer and his associates.

A political storm ensued when news of the trip – dubbed “Jetgate” by the Opposition Progressive Labour Party – leaked to the media two months later, and Cannonier was forced to give a personal explanation to parliament.

A “wealthy individual from Maryland” had contacted him requesting a meeting between his investment group and the new Government, the Premier told parliament in May 2013.

This gentleman stated that he had extensive experience in the gaming industry and wanted to share with the Government his views regarding gaming’s potential to help revitalise our tourism industry and generate jobs for Bermudians.”

Among the properties discussed was the 124-acre site of the former Club Med resort in the east end of the island, Cannonier told Bermuda’s legislators.

Government rejected Opposition charges that, by accepting the all expenses paid two-night trip, it breached an ethical code governing the conduct of Ministers, claiming that the meeting was purely informational and no negotiations had taken place.

Moreover, the Government argued, taxpayer funds were spared by the trip which was in keeping with its mandate to sell Bermuda to interested investors.

Our own inquiries into the matter, and subsequent developments, have turned up a series of inconsistencies and contradictions which throw into question the Premier’s version of events.

The full article can be read @ politica.think.bm 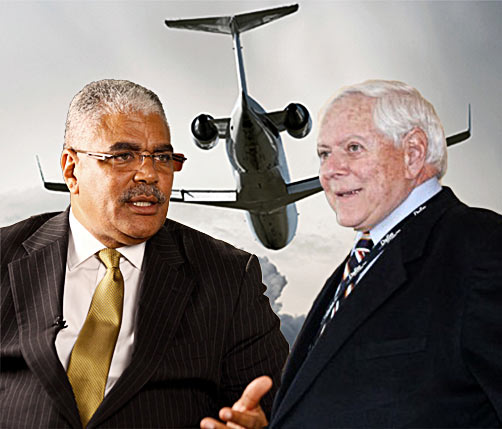 From Bermuda, Julia Frith has been swimming since she was a baby, she is trained with SSI, AIDA, and PureApnea as a freediver. She has worked as a mermaid in open ocean and aquarium tanks, and would spend much of her life underwater if she could. – juliafrith.com

Living in Bermuda, a shipwreck capital of the world, we were excited to finally head out with Blue Water Divers and freedive our first Bermuda shipwreck! Lying in 80 ft. of water – Julie Frith